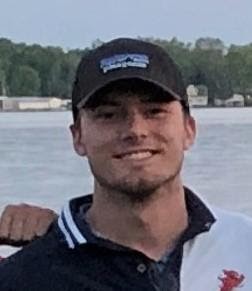 The Gamma-Xi House Corporation/Alumni Association Board met on November 4th in its first virtual Zoom meeting. Cole was elected as our latest and youngest member of the Board. During his time at Denison, Cole played goalie on the DU Lacrosse team and served as Pledge Trainer (twice) and as GMC his senior year. He almost single-handedly assembled all the table and benches on the new patio. Throughout his time, he contributed strong leadership to the chapter by word and example. We are pleased to add him as “new blood” to the ranks of the Board.  Cole currently resides in Denver Colorado.

Since graduation I have been working as a cell tower technician in Denver, CO while awaiting approval to enlist in the United States Army. I plan to branch Military Intelligence and be involved in the Middle East in a support capacity. I hope to gain experience necessary to transition to an intelligence agency whether, it’s a part of the CIA, DIA, or NSA.

What was the determining factor in rushing Kappa Sig at Denison?

What drew me to rush Kappa Sigma was the camaraderie I saw in the Gamma Xi chapter leading up to the Spring Semester of my freshman year. I wanted to pledge with my best friends and had the opportunity to do so. I met new friends as my involvement in the chapter grew during my 5 years and I continue to enjoy our brotherhood as an adult in the real world.