A look back at Gamma-Xi’s history 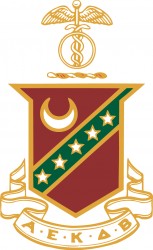 Undaunted, in the spring of 2007, Donald J. Bren ʼ52, who had served as District Grand Master for Ohio in the early 1970s, contacted Kappa Sigma’s Executive Director Mitchell B. “Mic” Wilson. This led to a conference call in May between Alumni Association President David W. Horning ʼ72, Bonesteel, Bren, and headquarters staff members Mic Wilson and Director of Colony Development Christopher P. Kontalonis, who together commenced the efforts to secure approval to attempt to return the chapter to Denison. In November, a Headquarters letter to Dr. Thios requesting a meeting to discuss possible recolonization was answered with the need to submit a formal request to return to campus.Over the winter a letter requesting the opportunity to return Kappa Sigma to Denison was prepared and in March 2008, sent to the Denison administration and Interfraternity Council.The response from the university in April was that they would not meet with Kappa Sigma. Immediately, a letter was sent to all Gamma-Xi alumni describing the situation. Shortly thereafter, the university did agree to meet with headquarters and chapter alumni leaders.On June 16, Gamma-Xi alumni leaders, Horning, Bonesteel, Bren, Irvin H. Harlamert ʼ52, and Ferdinand Bach III ʼ52, along with Wilson and Kontalonis from Headquarters, met with Denison administration officials Thios and Associate Dean of Men John Beckman in Granville. The result of this meeting was reluctant granting of permission to contact the Denison Interfraternity Council and to seek their approval to proceed.In August, Kontalonis wrote the IFC, requesting the ability to make a presentation before that body. In September, the IFC rejected the opportunity.In October 2008, a letter was sent by board secretary Dick Bonesteel to all Gamma-Xi alumni, explaining the situation and urging them to contact university leaders, from the top down, to demand a reversal of the IFC decision.The pressure on the administration clearly made a difference. A renewed request to the IFC was finally accepted and in April 2009 Kappa Sigma was invited to make a presentation before the IFC.On May 5, Mic Wilson and Director of Recruitment and Expansion Carl J. Reisch from Headquarters, along with Dave Horning, Don Bren and Dick Bonesteel from the Gamma-Xi Alumni Association met with the IFC. Wilson had contacted other national fraternity headquarters and had solicited and received support for Kappa Sigma’s return to Denison, and this support was transmitted to the IFC.There was a general feeling from the Denison administration that Kappa Sigma’s return to the campus would not be successful, but the IFC approved a fall 2009 recolonization effort and the administration agreed it could go forward.”